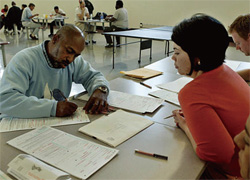 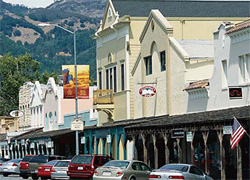 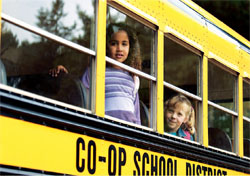 There are over 500,000 elected officials in the United States. Of these, fewer than 8,500 are at the national and state level. The rest are local government officials – city council members, school board members, mayors, sheriffs, and an array of other individuals who serve in various capacities.

Counties are run by popularly elected officials. There is typically a board of supervisors or a county commission which sets policy and often exercises executive functions as well. Other elected county positions may include sheriff, judge, justice of the peace, medical examiner, comptroller, assessor, or prosecutor, among others. In addition to these elected officials, many counties have a professional administrator, who is hired to manage the county government's overall operations.

Municipalities are incorporated cities, towns, or villages within or independent of a county having their own governing and taxing authority. They range in size from small towns with fewer than 100 residents to large metropolises spanning several counties (such as New York City).

Cities and towns are governed by elected officials. These officials usually include a mayor and a city council who make decisions and set policy. The mayor, who may or may not have a seat on the council, is the head of the municipal government and is responsible for overseeing day-to-day administrative functions. Some cities have adopted the city manager form of government, where the city council hires a professional manager to run the operations of the city. A city manager is the chief administrative officer of the city and, though not elected, reports directly to the elected city council or mayor.

Leaders of these governmental entities may be elected or appointed. Powers of special district governments vary widely, but many have significant regulatory and taxing authority. Their activities are commonly funded by a special sales tax or property tax collected within their area of jurisdiction, or by fees charged to users of their services.

Public education through grade 12* is available at no charge to virtually every school-age resident. Each state's constitution or public laws provide for the manner by which public education is to be administered and funded. In most cases, school districts are established with a popularly elected school board or board of trustees. These boards create budgets, set policy, and hire the administrators who run the schools. School districts do not necessarily coincide with other political boundaries, though often they serve a specific city or county. In most states, public education is funded by taxes assessed on personal and business property, and state governments may provide additional funding from general state revenues or dedicated revenues from state lotteries. State governments are responsible for setting education standards and general policies within the state, but implementation is left to the local school boards.

(1)In Louisiana, the political division which would be called a county in other states is known as a parish. In Alaska, it is known as a borough.

(2)The end of secondary school, approximately 17-18 years of age.