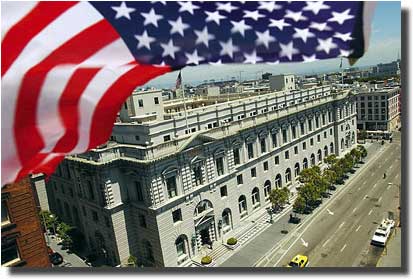 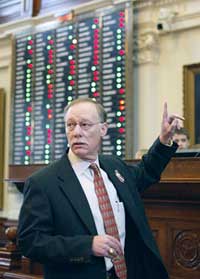 The U.S. Constitution gives Congress the authority to admit new states to the union. Since the ratification of the Constitution by the original 13 states, the United States has grown to encompass 50 states, varying widely in population and geographic size. In addition to the 50 states, there is a federal district – the District of Columbia – which is the national capital and not part of any state. The District of Columbia is governed by the city government, with budgetary control and administrative oversight by the U.S. Congress.

The executive branch of each state is responsible for administering the day-to-day operations of government, providing services and enforcing the law. It is led by a governor, elected by statewide ballot for a two- or four-year term, depending on the state. Other top executive officials who may be elected rather than appointed are the lieutenant governor, secretary of state, attorney general, comptroller, and members of various boards and commissions. Positions not filled by election are usually filled by appointment by the governor.

All states have a popularly elected legislature consisting of two chambers, except Nebraska, which has a single-chamber legislature. Legislators are elected from single-member districts and typically serve a two-year or four-year term. The names of the chambers vary by state. In most states the upper chamber is called the senate, while the lower chamber may be called the House of Representatives, House of Delegates, or State Assembly.

Primary duties of the legislature include enacting new laws, approving the state's budget, confirming appointments to the executive or judicial branches, and conducting oversight of executive branch operations. In many smaller states, legislators serve part-time and receive only nominal compensation. They may meet just a few weeks or months of the year before returning to their full-time occupations. In larger states, legislators serve year-round and receive the compensation and benefits of a full-time job.

State court systems have jurisdiction over matters not covered by federal courts, including most civil cases between parties in the same state, criminal cases where violations involve state or local laws, family law, and issues relating to the state constitution.

The highest court in each state is the state supreme court or court of appeals. Justices are typically elected to lengthy terms, but do not serve for life. The high court usually has only appellate jurisdiction – reviewing decisions by lower courts – and its decisions in turn may be appealed to the U.S. Supreme Court. The structure of lower state courts varies widely by state. Some states have separate courts for civil and criminal matters, and all states have some form of local municipal or county courts to handle minor offenses and small claims.

POWERS AND RESPONSIBILITIES OF STATE GOVERNMENTS

As sovereign entities within the framework of the U.S. federal system, each state has its own constitution, elected officials, and governmental organization. States have the power to make and enforce laws, levy taxes, and conduct their affairs largely free from intervention from the federal government or other states.

State governments have primary responsibility for providing many important services that affect the everyday lives of their residents. These include:

• Licensing and regulating businesses and professions;

• Creating and overseeing non-federal courts and the criminal justice system;

• Generally providing for the public safety;

• Managing state parks and other lands for recreation and environmental conservation purposes;

• Commanding the state National Guard, except when called to national service.

Some of these responsibilities are delegated to or shared with local governments in many states. For example, in most states, marriage licenses are issued by city or county governments.

The role of state constitutions

Another reason is that states, in contrast to the federal government, are largely free to exercise any power not prohibited to them. In order to effectively restrict state government powers, the restrictions must be spelled out in the state's constitution.

Finally, most states are required by their constitutions to have a balanced budget. Exceptions, such as borrowing to finance transportation or other construction projects, must be provided for in the constitution.