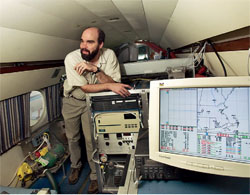 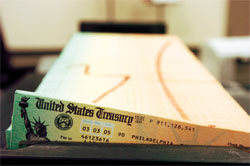 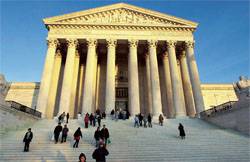 The federal government is made up of three distinct branches, each with clearly defined Constitutional powers and responsibilities. These are the legislative branch, the executive branch and the judicial branch.

The legislative branch of the federal government is comprised of two chambers of Congress: the U.S. Senate and the U.S. House of Representatives. Legislation must pass both houses before it is presented to the President to be signed into law.

How a bill becomes law

Each year, thousands of bills are introduced in Congress, but only a few hundred are passed into law. The following is a summary of how a bill makes its way from draft to being signed into law by the President.

1. A bill is written. A Senator or Representative may draft original legislation, or a trade association or private citizen may request that a bill be prepared and may assist in its writing. Only a Senator or Representative, however, can actually introduce a bill. Once written, the author of the bill will seek co-sponsors from among his or her colleagues to add greater credibility to the initiative.

2. The bill is introduced in the Senate and/or House. It is assigned a number and its title and sponsors are published in the Congressional Record.

4. The subcommittee may hold hearings on the bill and invite testimony from public and private witnesses. Many witnesses are Executive Branch officials, experts, or affected parties from trade associations, labor unions, academia, public interest groups, or the business community. Individuals may also make their views known by testifying, by providing a written statement, or by allowing interest groups to represent their views.

5. Once the hearings are completed, the subcommittee may meet to "mark up" the bill, which is the process of proposing and considering amendments to the bill as written. It then votes on whether to report the bill favorably to the full committee. If not favorably reported, the bill dies.

6. The full committee may repeat any or all of the subcommittee's actions: hearings, markup, and vote. If the committee votes favorably on the bill, it is ordered reported to either the full House of Representatives or the full Senate, depending on which chamber is considering the bill.

7. When the bill reaches the floor of the House or Senate, the membership of the entire body may debate it. At this point, the bill may be further amended, referred back to committee, or voted on.

8. If the bill is passed by the House or Senate, it is referred to the other chamber. A House-passed bill may be placed directly on the Senate Calendar, bypassing the subcommittee and committee reviews. Usually, however, the subcommittees and committees in both bodies have an opportunity to hold hearings, and amend the bill. Related or identical legislation often proceeds through the House and Senate simultaneously.

9. If a bill is passed in identical form by the House and Senate, it is delivered to the President. If there are differences between the House and Senate versions of the bill, a conference committee is appointed by the President of the Senate and the Speaker of the House to resolve the differences. If the conferees are unable to reach agreement, the legislation dies. If they do reach an agreement, the bill is sent back to both chambers, which must vote on them without further amendment.

If both chambers approve the conference committee bill, it goes to the President for signature. The President has four options: (1) Sign the bill into law; (2) Take no action while the Congress is in session, in which case the bill becomes law after ten days; (3) Take no action while a Congress is in final adjournment, in which case the bill dies; or (4) Veto the bill.

If the President vetoes a bill, Congress may attempt to override the veto. This requires a two-thirds vote by both the House and Senate. If either fails to achieve a two-thirds majority in favor of the legislation, the bill dies. If both succeed, the bill becomes law.

• Considered the "Upper Chamber," it is considered more deliberative than the House.

• Comprised of 100 Senators (two from each state).

• For election purposes, senators are divided into three classes; one class stands for election every two years. This ensures that there are always experienced legislators serving in Congress.

• Vacancies in the Senate are generally filled by appointment by the governor of the state where the vacancy exists.

• While sharing broad legislative powers with the House of Representatives, the Senate has several unique powers to itself.

• The Senate must confirm presidential appointments to the Supreme Court, lower federal courts, and key positions within the Executive Branch before the appointees can take office.

• The Senate approves or rejects international treaties negotiated by the President.

• In cases of impeachment of the President or a member of the Supreme Court, the full Senate conducts the trial and acts as jury.

The House of Representatives

• Considered the "House of the People."

• Comprised of 435 Representatives, apportioned among the states according to population. Five U.S. territories and possessions also have nonvoting representation in the House: the District of Columbia, American Samoa, Guam, Puerto Rico, and the U.S. Virgin Islands.

• All Representatives serve two-year terms with no limit on the number of terms they may serve, and all are elected at the same time.

• Each Representative is elected from a defined geographic area within a state called a Congressional District.

• Vacancies in the House of Representatives are filled only by a special election or in a general election.

• The members of the House elect a Speaker of the House, who is the leading officer of the chamber and, in practice, is a member of the majority party.

Special powers and responsibilities of the House not shared with the Senate include:

• The power to bring charges of impeachment against the President and Supreme Court Justices.

• All bills for raising revenue must originate in the House.

• The House selects the President in cases where no presidential candidate receives a majority of electoral votes. In such cases, each state delegation has one vote.

The Executive Branch is by far the largest branch of the federal government. At its head is the President, who serves a four-year term. The Vice President is elected at the same time, and is first in line to assume the presidency should the President die, become incapacitated, or be removed from office upon impeachment and conviction.

Although the Executive Branch shares powers co-equally with the other two branches of government, the President is the most powerful individual in the government. Among the powers and roles of the President are:

• Appointing Supreme Court justices and lower federal court judges, all of whom must be confirmed by the Senate;

• Appointing a cabinet of department secretaries and agency heads who must be confirmed by the Senate;

• Acting as Commander-in-Chief of the military;

• Acting as titular head of state;

• Negotiating international treaties and treaties with American Indian tribes, which must be ratified by the Senate;

• Granting pardons and reprieves for federal crimes (except impeachment).

• Establishing new programs, offices, or commissions to promote or carry out the President's political agenda;

• Creating policies that affect how legislation passed by Congress is to be carried out or enforced;

• Declaring when the federal workforce will observe holidays.

Finally, the President serves as the head of his or her political party, and can use the stature and visibility of the presidency to articulate political views and advance political objectives, both with the public and with members of his or her party in Congress.

Beneath the President and Vice President are 15 departments and numerous agencies which together make up the "government" that we see every day. They are responsible for administering the law, enforcing it, and delivering various governmental services. Their functions are far-reaching and affect the lives of every American.

• Department of the Interior (DOI)

• Department of the Treasury

In addition to the cabinet-level departments, there are numerous independent Executive Branch agencies and commissions, some of which are quite large. Some examples include the U.S. Postal Service, the Environmental Protection Agency, and the National Aeronautics and Space Administration (NASA).

Regulatory agencies are an especially powerful type of agency. They are empowered by Congress to make and enforce rules governing specific parts of the economy often dealing with complex technical issues. Major regulatory agencies include:

Together with other regulatory agencies, these bodies make rules that affect nearly every business and consumer. Commission members and agency heads are appointed by the President subject to Senate approval. Their rules have the force of law, but may be challenged in the courts or overturned by Congress.

Of all the independent agencies, none is more independent than the Federal Reserve System, the nation's central bank also known simply as "the Fed." The Board of Governors of the Federal Reserve is responsible for establishing the nation's monetary policy, setting interest rates, and determining the supply of money. Decisions made by the Fed have far-reaching effects on the nation's economy, interest rates, inflation, job creation, and international trade. In fact, many consider the Chairman of the Board of Governors to be the second most powerful individual in government after the President.

The judicial branch is responsible for passing judgment on legal cases that challenge or require interpretation of acts of Congress and for trying criminal cases in which the defendant is accused of violating federal law. Federal courts also have appellate jurisdiction over state laws when challenged on constitutional grounds, and jurisdiction over cases involving more than one state, citizens of more than one state, or foreign parties.

The judicial branch consists of the Supreme Court and the lower federal courts, including the Courts of Appeal (also known as Circuit Courts or Appellate Courts), federal district courts, bankruptcy courts, and courts of federal claims. The courts of the federal judiciary hear both civil and criminal cases appealed from state courts. Their original jurisdiction covers cases relating to patents, trademarks, claims against the federal government, bankruptcy, financial securities, maritime law, and international claims.

As a separate branch of government, the judiciary is independent of the other two branches, subject only to the checks and balances defined in the Constitution. An independent federal judiciary is considered essential to ensure fairness and equal justice for all citizens. The Constitution promotes judicial independence in two major ways. First, federal judges are appointed for life, and they can be removed from office only through impeachment and conviction by Congress of "Treason, Bribery, or other high Crimes and Misdemeanors." Second, the Constitution provides that the compensation of federal judges "shall not be diminished during their Continuance in Office," which means that neither the President nor Congress can reduce the salary of a federal judge. These two protections help an independent judiciary to decide cases free from popular passions and political influence.

Although the judiciary was envisioned by the writers of the Constitution to be a branch insulated from political pressures and popular opinion, the process of selecting judges has become highly political. Supreme Court Justices and lower court judges are nominated by the President and take office only when confirmed by the Senate.

The Supreme Court currently has nine justices, a number set by law. Lower federal courts, including their jurisdictions, number of judges, and budgets, are established by Congress. All federal judges require confirmation by the Senate in order to take office permanently. The President, however, may appoint judges for a temporary term while the Congress is not in session. Federal magistrates, who perform judicial activities such as setting bail, issuing warrants, and conducting hearings for minor offenses, are appointed to eight-year terms by Federal District Court judges.