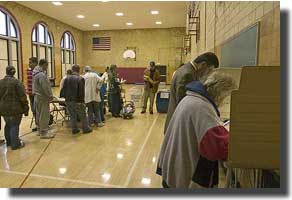 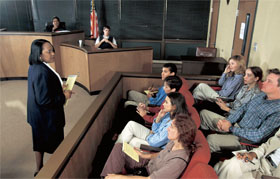 Similarities, Differences Between the U.S. and Other Major Democracies

Similarities and Differences Between the U.S. System of Government and Other Forms of Democratic Government

One significant difference between the United States and some other major democracies is the selection and role of the head of government. In parliamentary systems, the head of government is a prime minister selected from the parliament, and is typically the leader of the majority political party or coalition. The prime minister appoints a cabinet of ministers often consisting of other members of parliament. A separate head of state may be a monarch or an elected President (or comparable official).

One other significant difference is that elected officials in the United States serve for a defined period of time before facing reelection. In many parliamentary systems, elections may be called suddenly by the ruling party or if there is a vote of no confidence in the government. In some parliamentary systems, parliament may be dissolved by the head of state and new elections ordered.

Differences in the judicial system are not as significant as in the legislative, because the United States legal system is based predominantly on English common law. Defendants in criminal cases have the right to a public trial by jury and the right to be represented by counsel. One major difference in the judiciary, however, is the power of the U.S. Supreme Court to declare laws unconstitutional, thereby nullifying them. Few other countries vest such authority in their judiciaries.

Finally, the revenues and expenditures of the U.S. government are much smaller than most of its counterparts in other industrialized nations when measured as a percentage of gross domestic product. Much of the difference is due to the social services and benefits (such as health care and old-age pensions) that governments in some other nations pay for. In the United States, many of these services are delivered by the private sector or are not funded to the same extent by the government, and thus are not counted in government expenditures.